Ted, who was the Branch Chairman from the Branch’s initial formation in October 1995, stood down from the role in February 2017. He was also the founder Hon Treasurer; a role that he retains to this day.

Ted said “I was thrilled to receive, in January 2017, a personal letter from the South East and Eastern Area President, advising me that not only was I to be the first recipient of the newly introduced Area President’s Trophy, an honour that can never be repeated, but also against what competition it had been awarded”.

He added that “It could have been awarded to an individual, a group, a Branch, an RAF Unit or an ATC Squadron“, which meant that having been chosen as an individual to be the very first recipient, made it “very special to me”.

It was very pleasing to the see the contribution of an individual, and the branch being recognised in this way. Regrettably, the award was never listed in “Honours and Awards” in the SE & E Area Annual Report, and neither did it appear* in AirMail, the RAF Association’s quarterly membership magazine.

As the branch approaches the end of its 25th year since formation, it is fitting that we include here what is currently the only public record of this event. 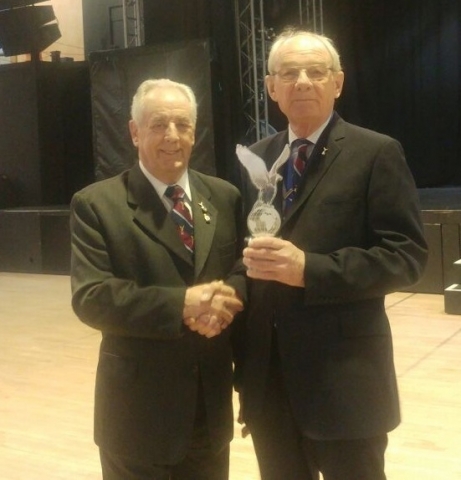 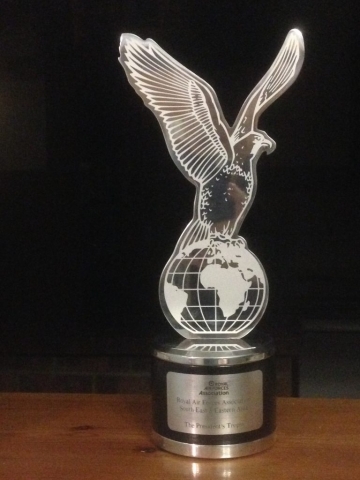 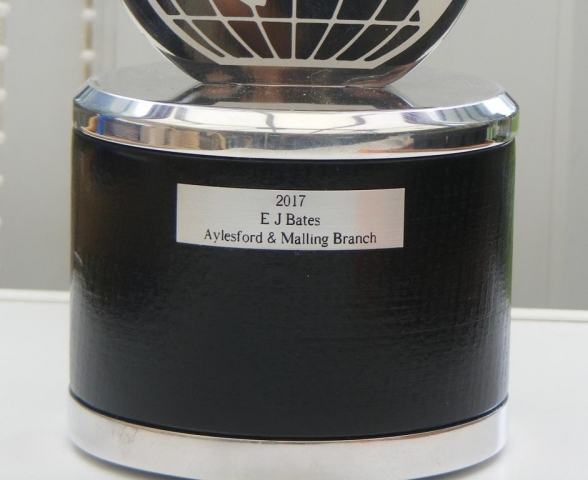 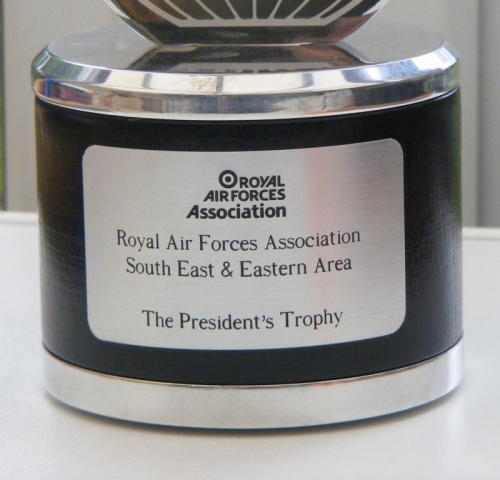 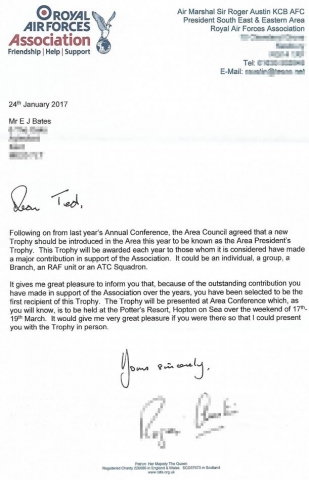 *Marking the branch’s 25th anniversary, mention was made in the Branch News section of the Jan-Mar 2021 edition of AirMail