March 2005- For the third year running, we are pleased to announce that the charity concert in aid of Battle of Britain Wings Appeal was a resounding success. Thank you to everybody who braved the winter weather to help make this another evening to remember and in the process raising £3,450!! 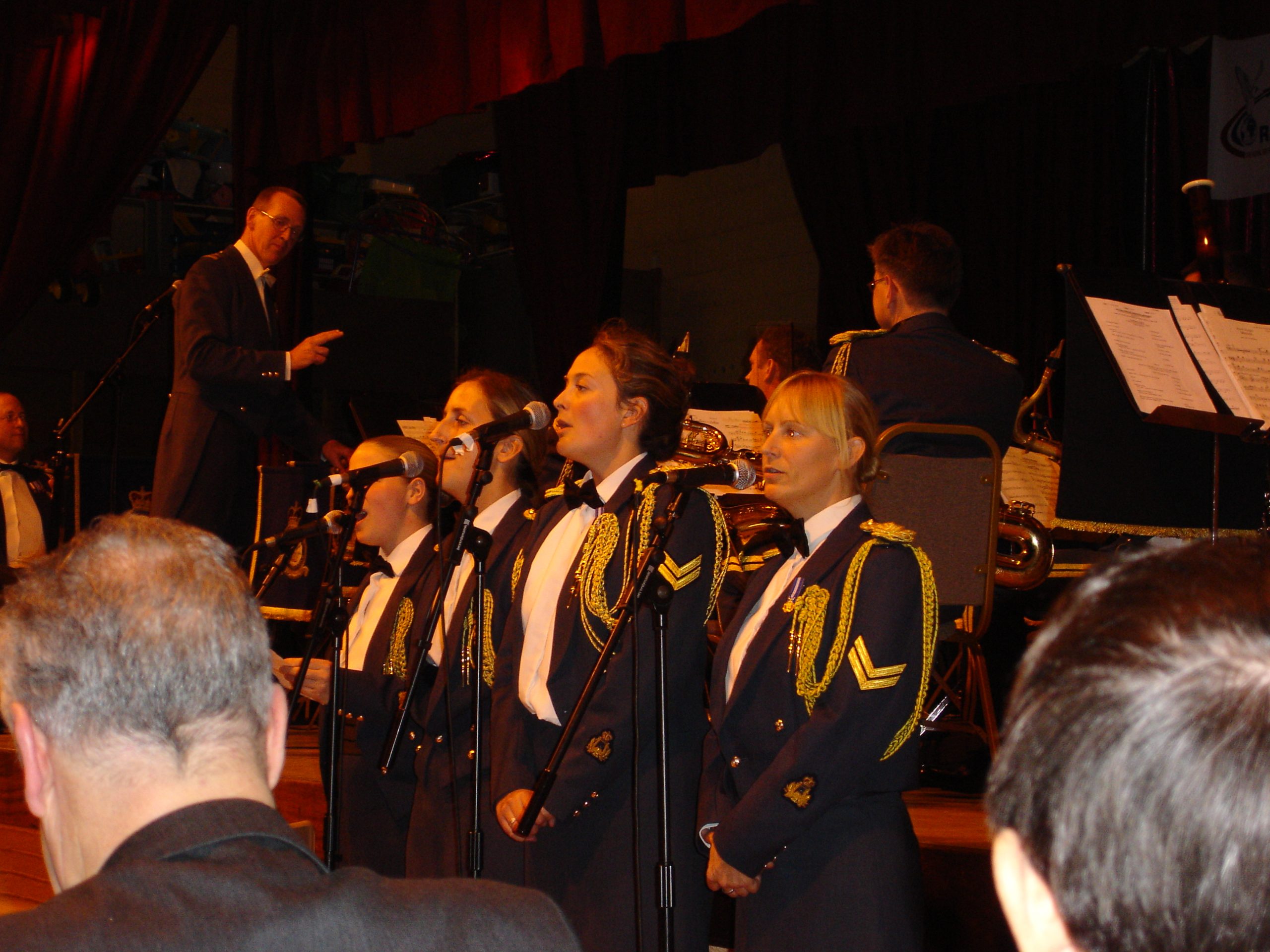 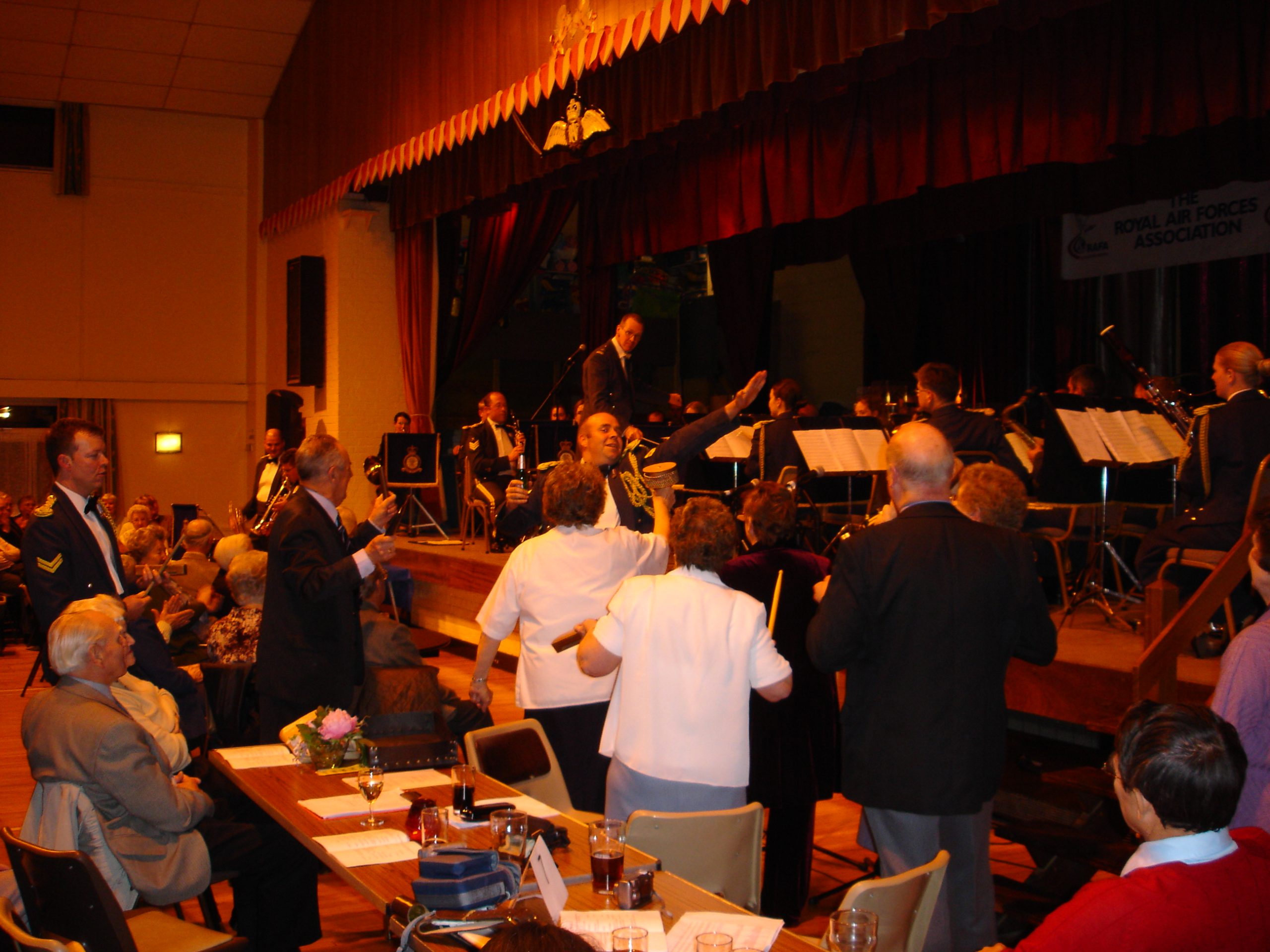 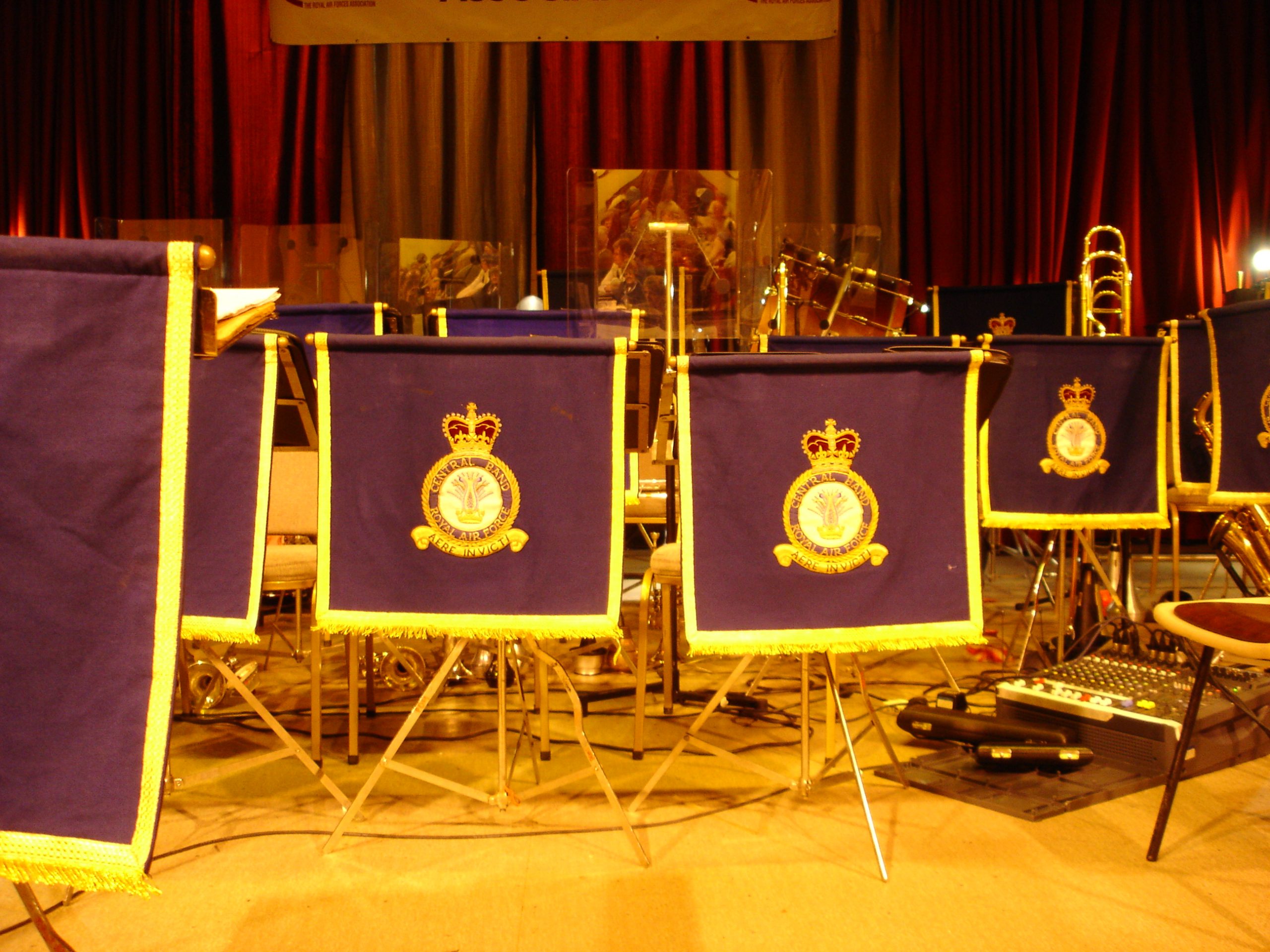 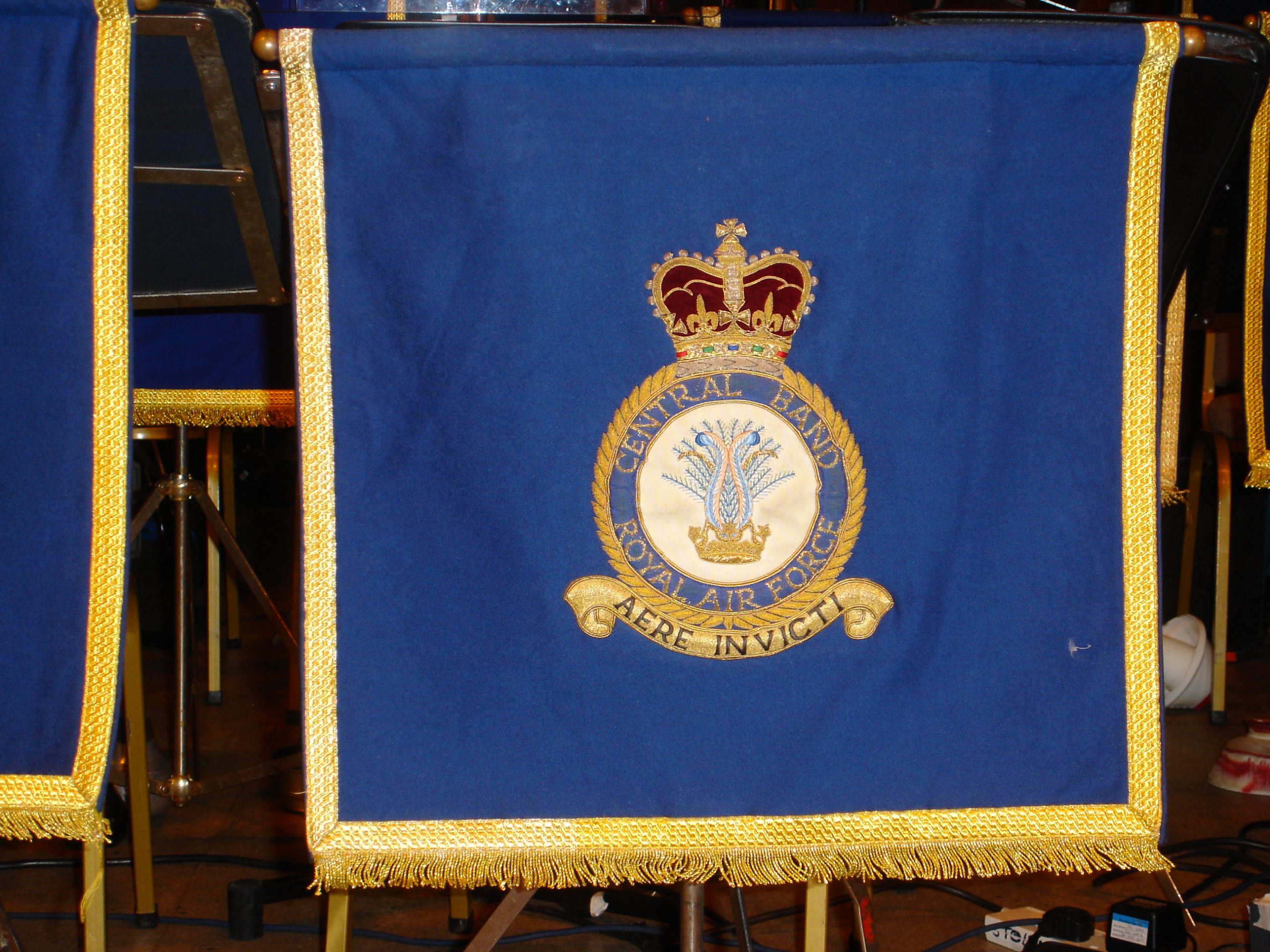 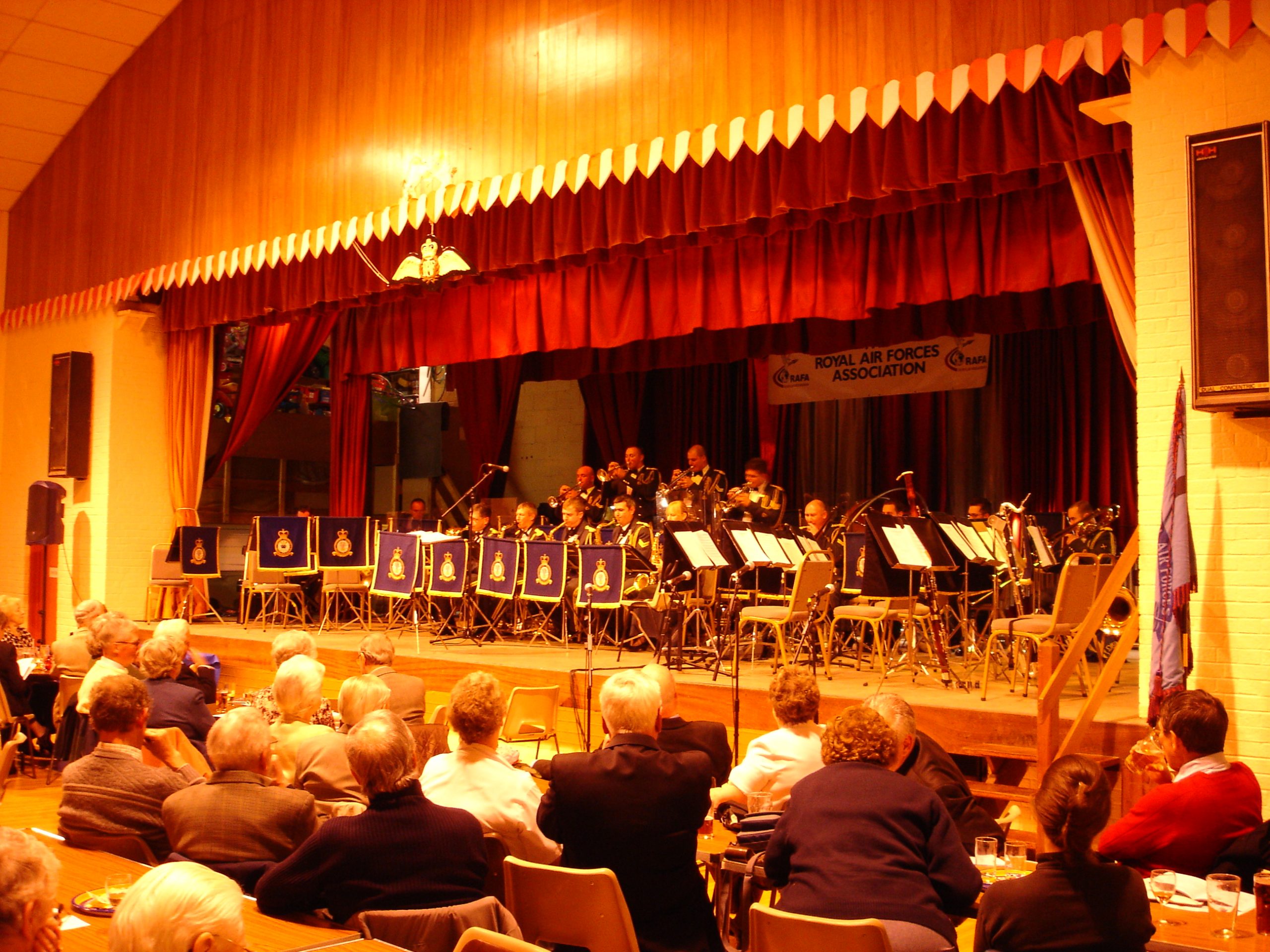 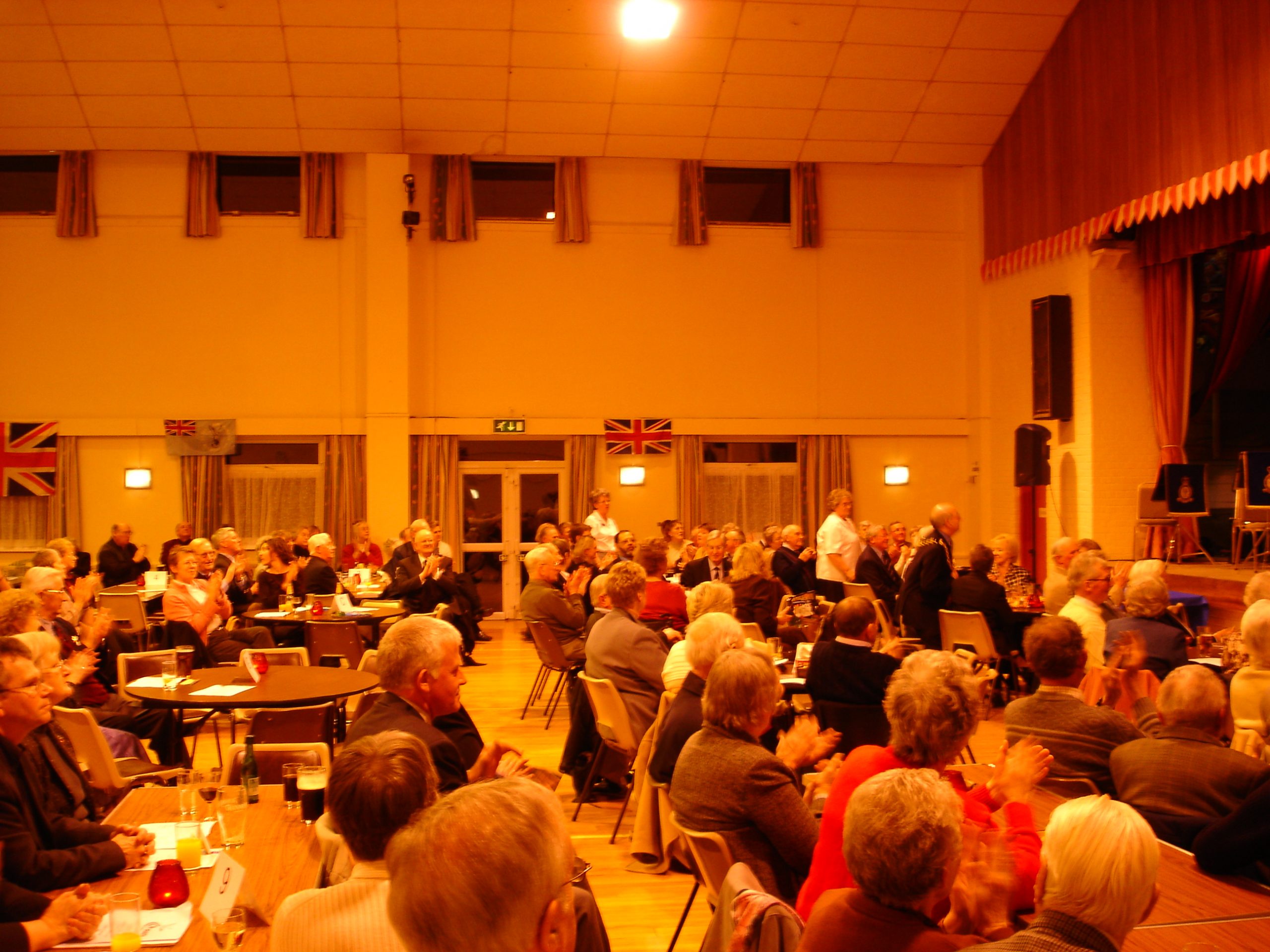 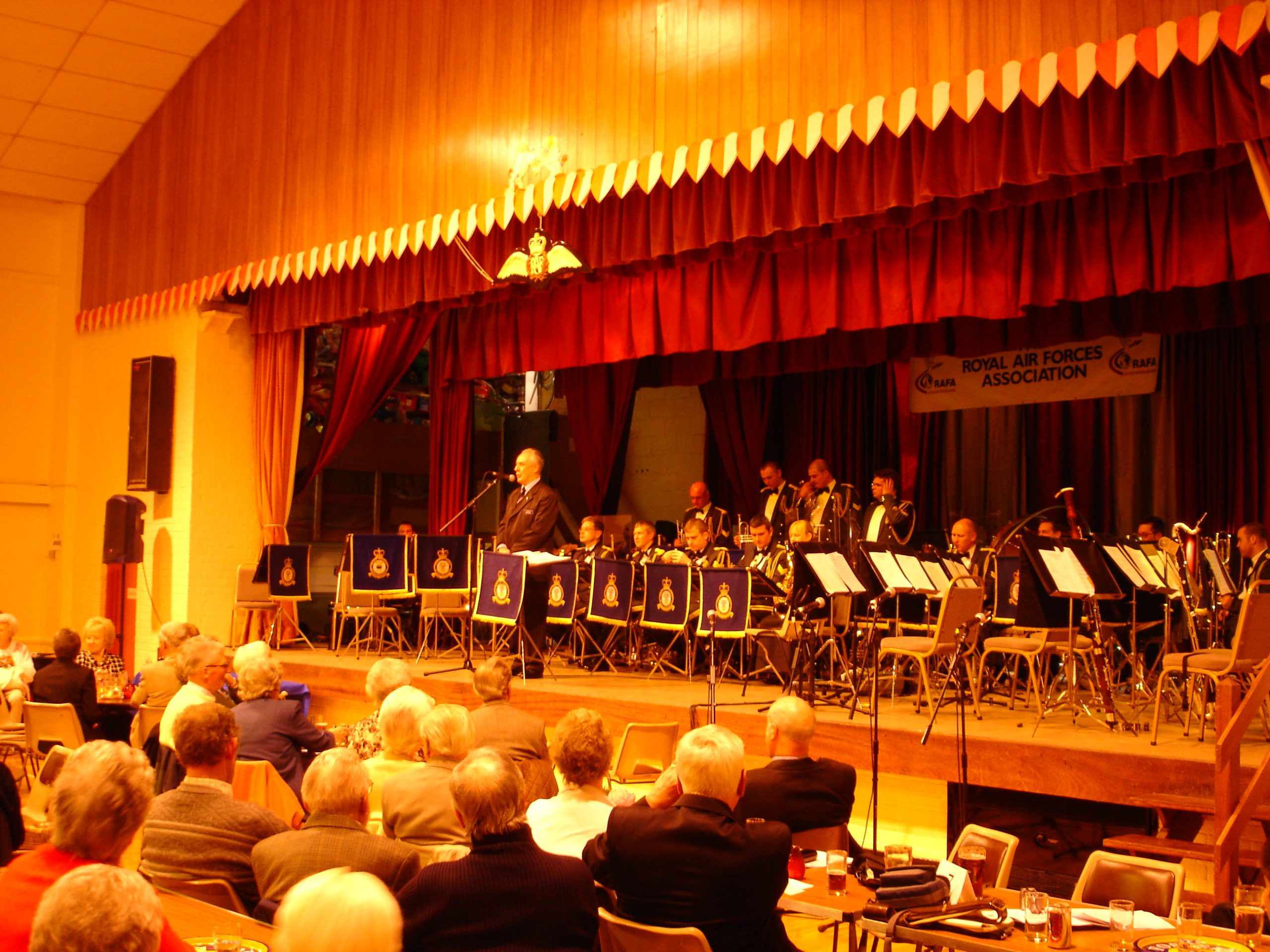 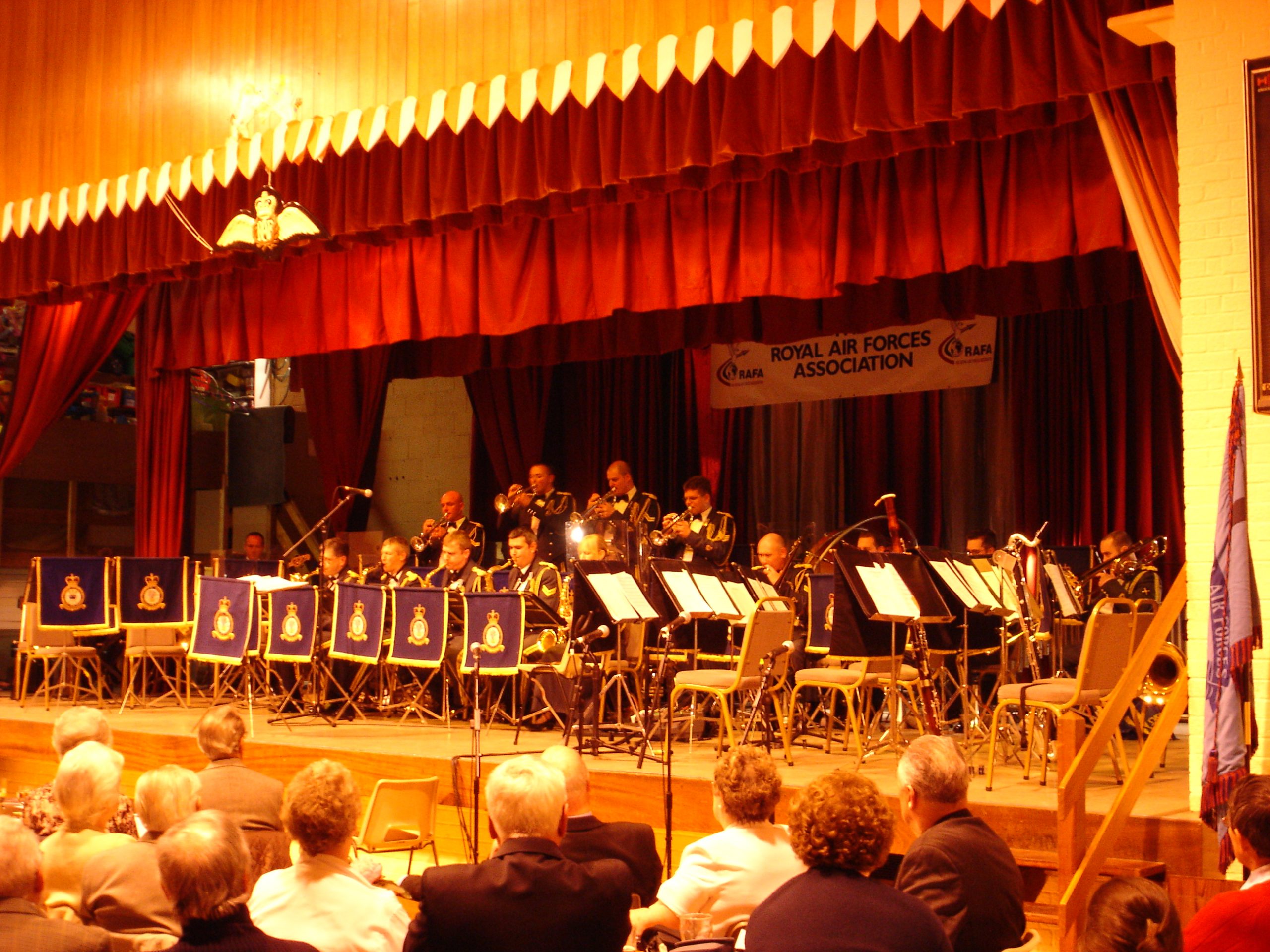 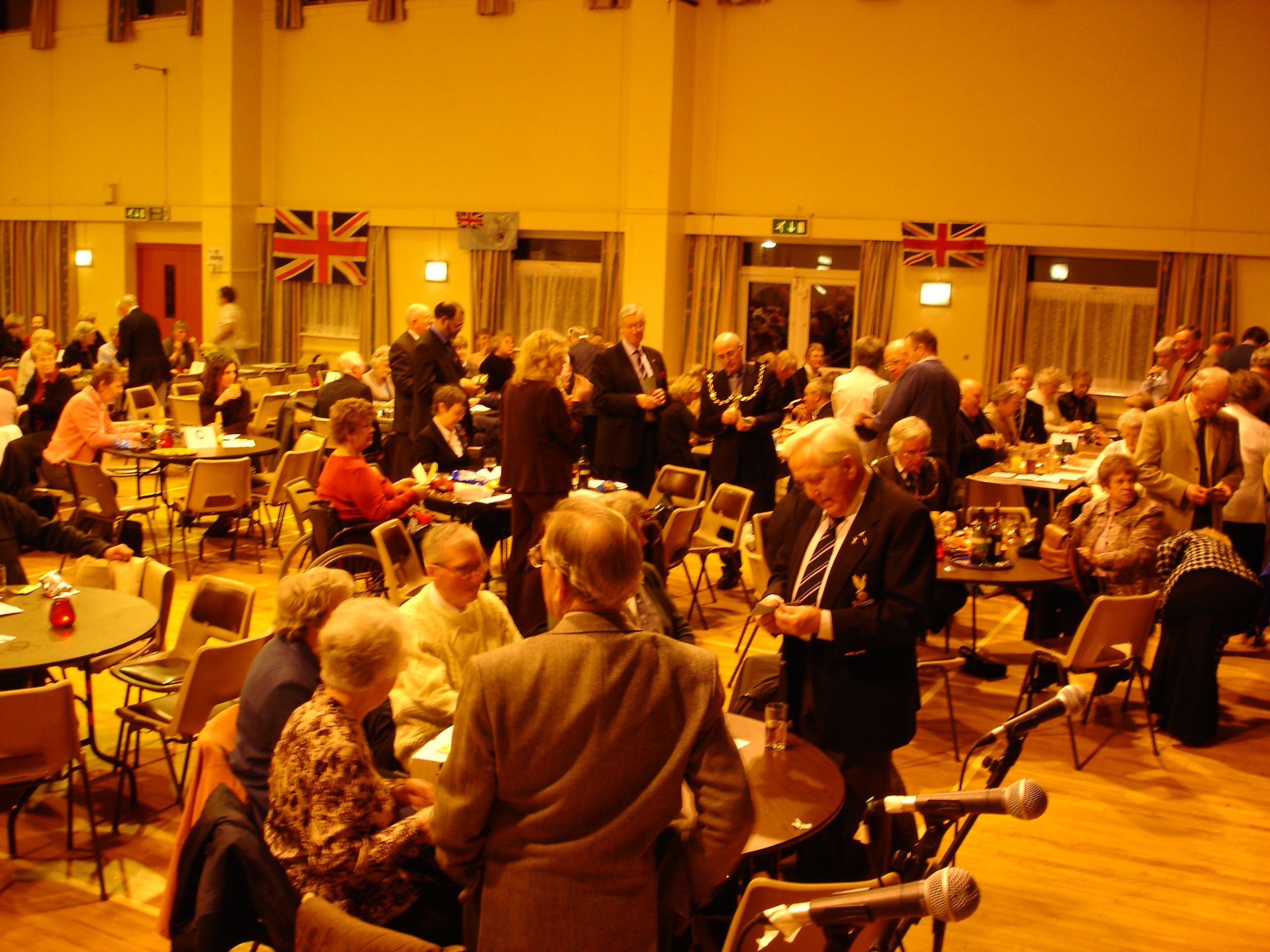 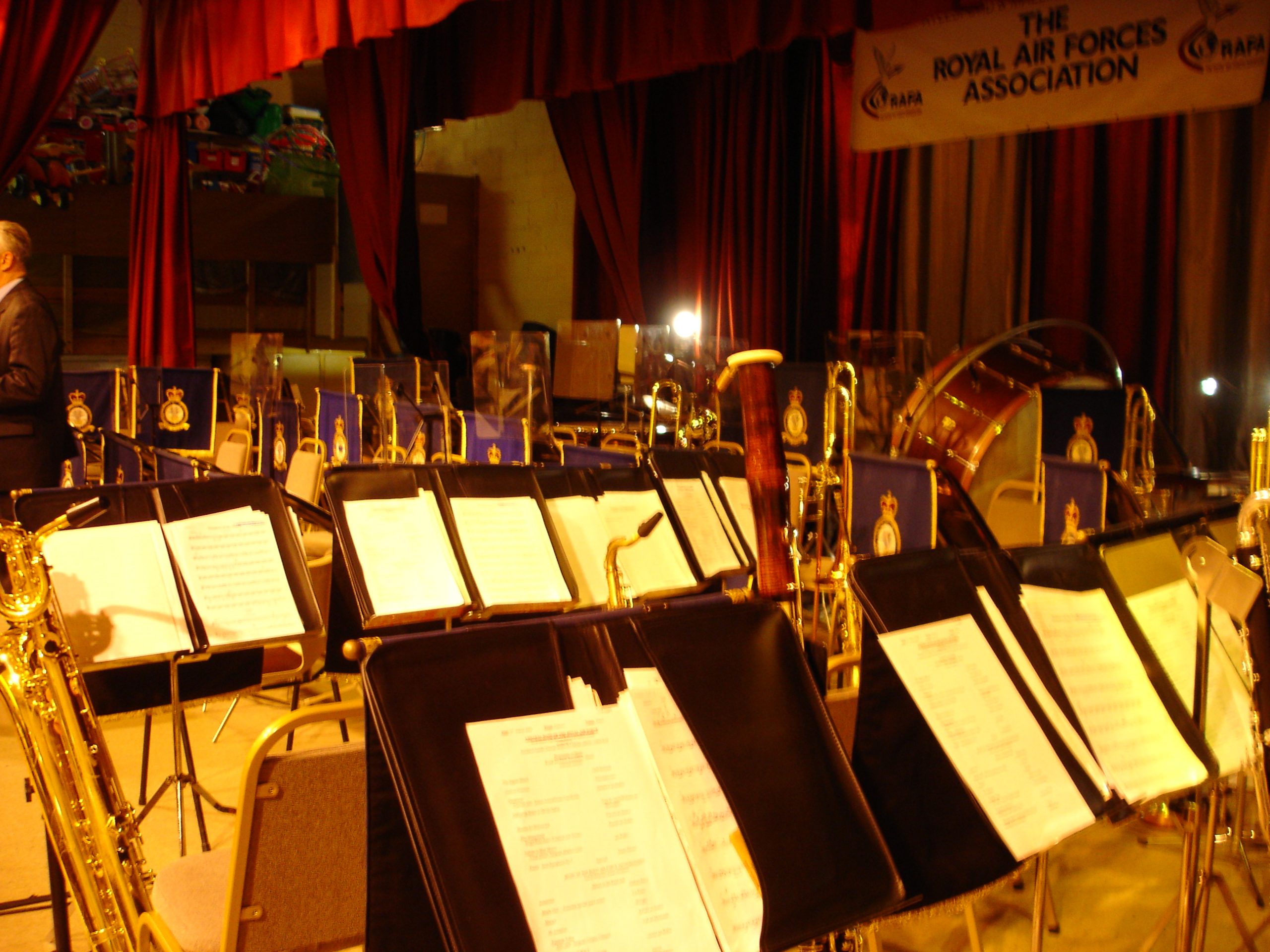 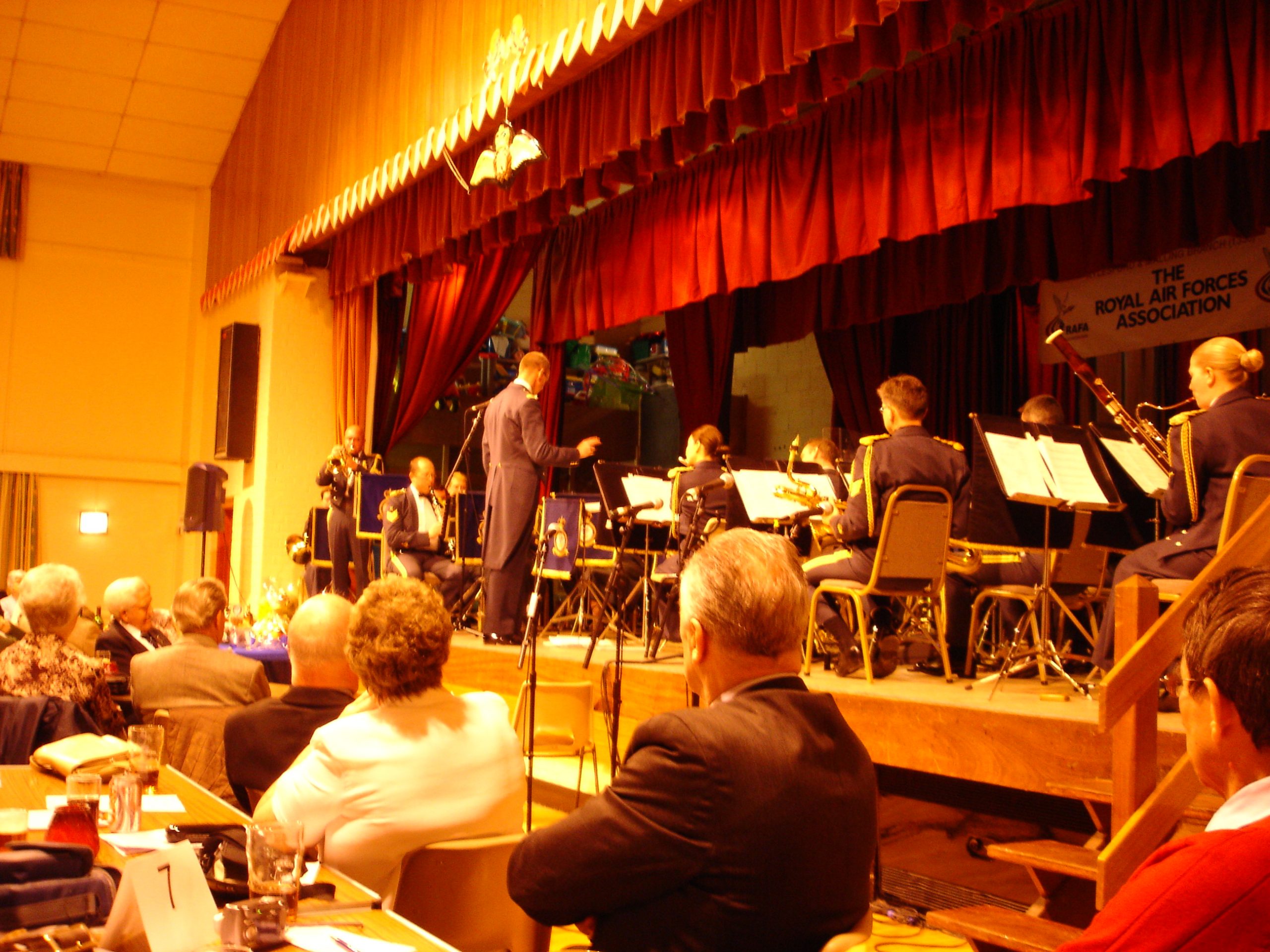 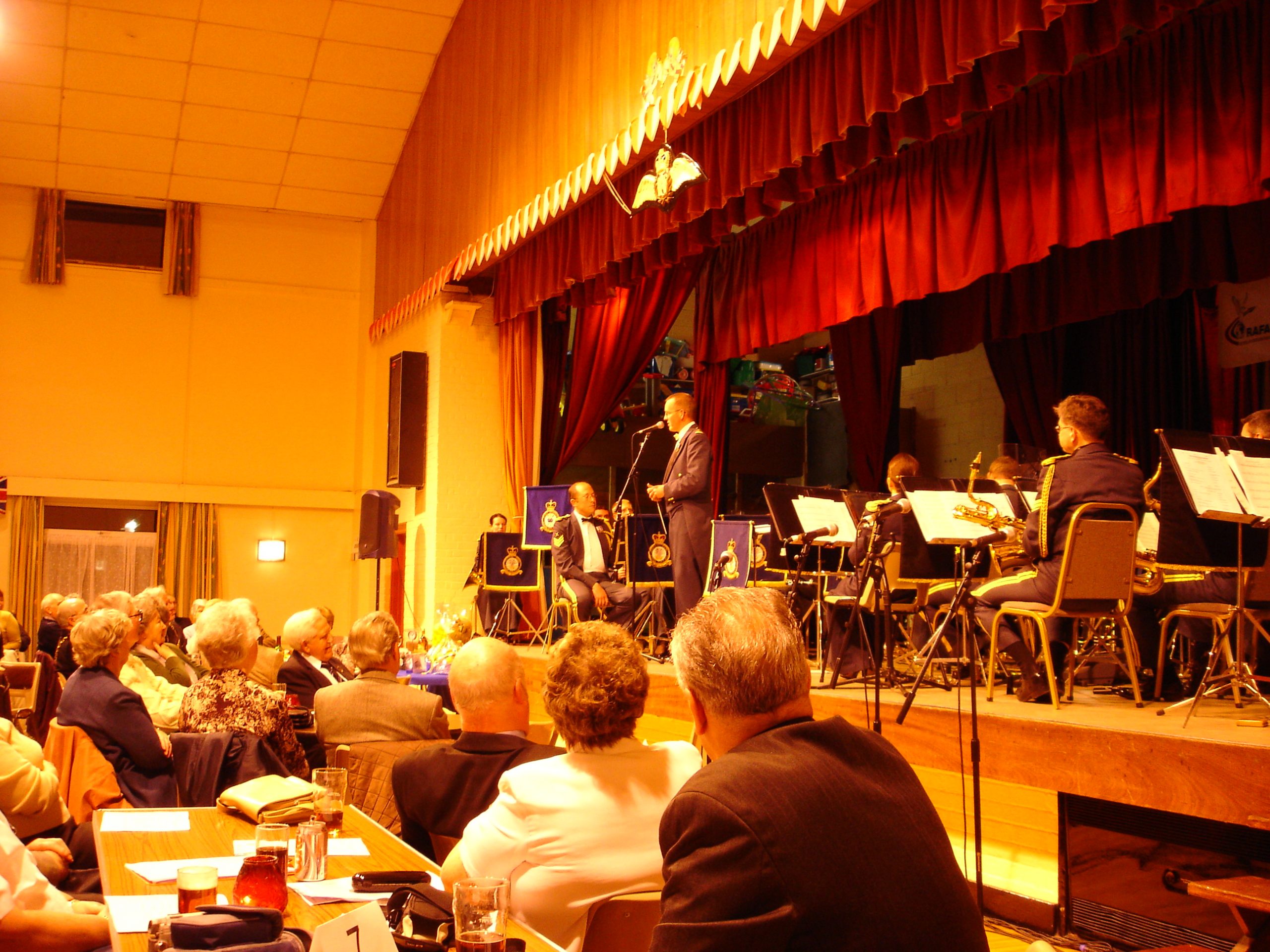 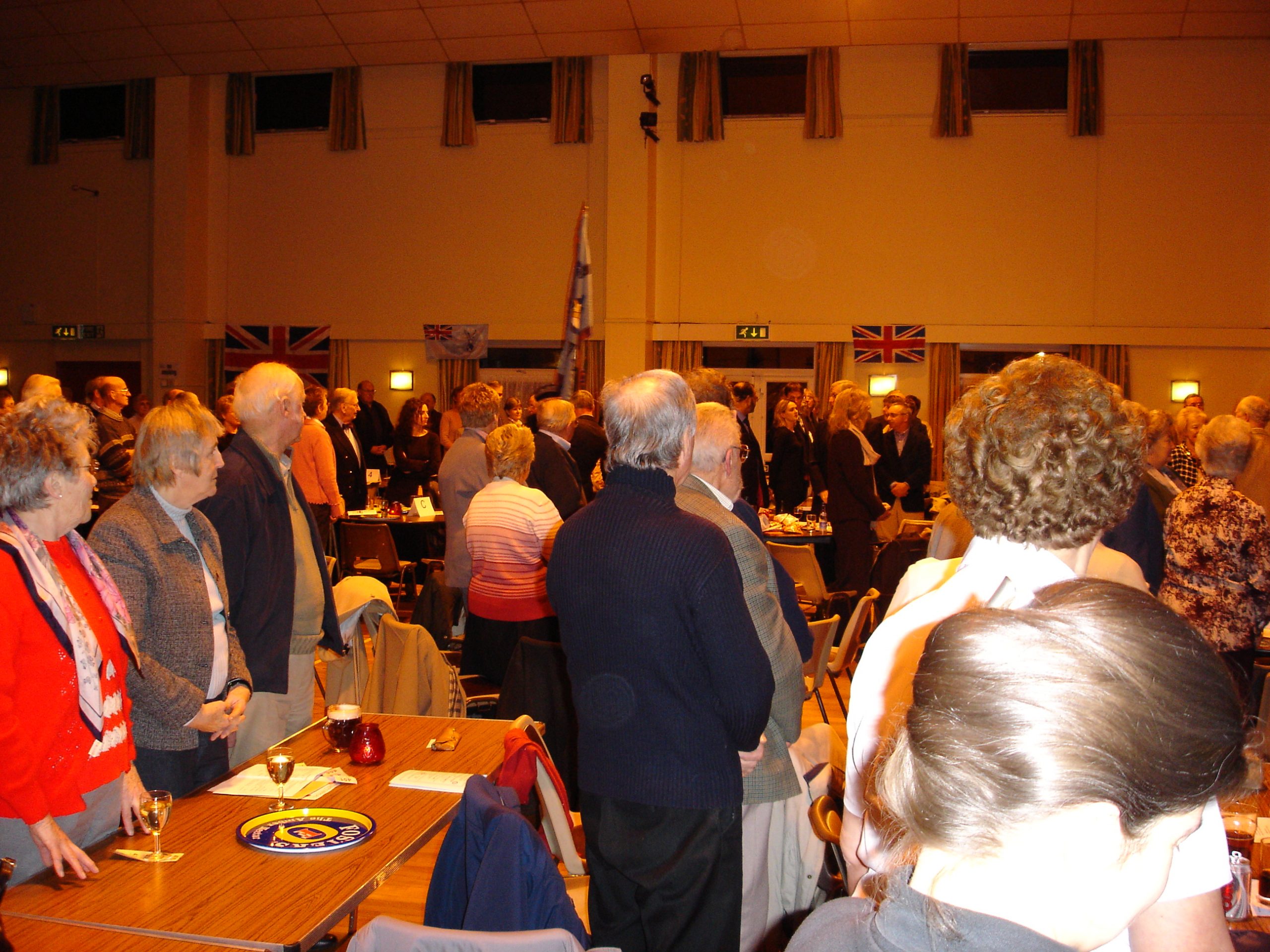 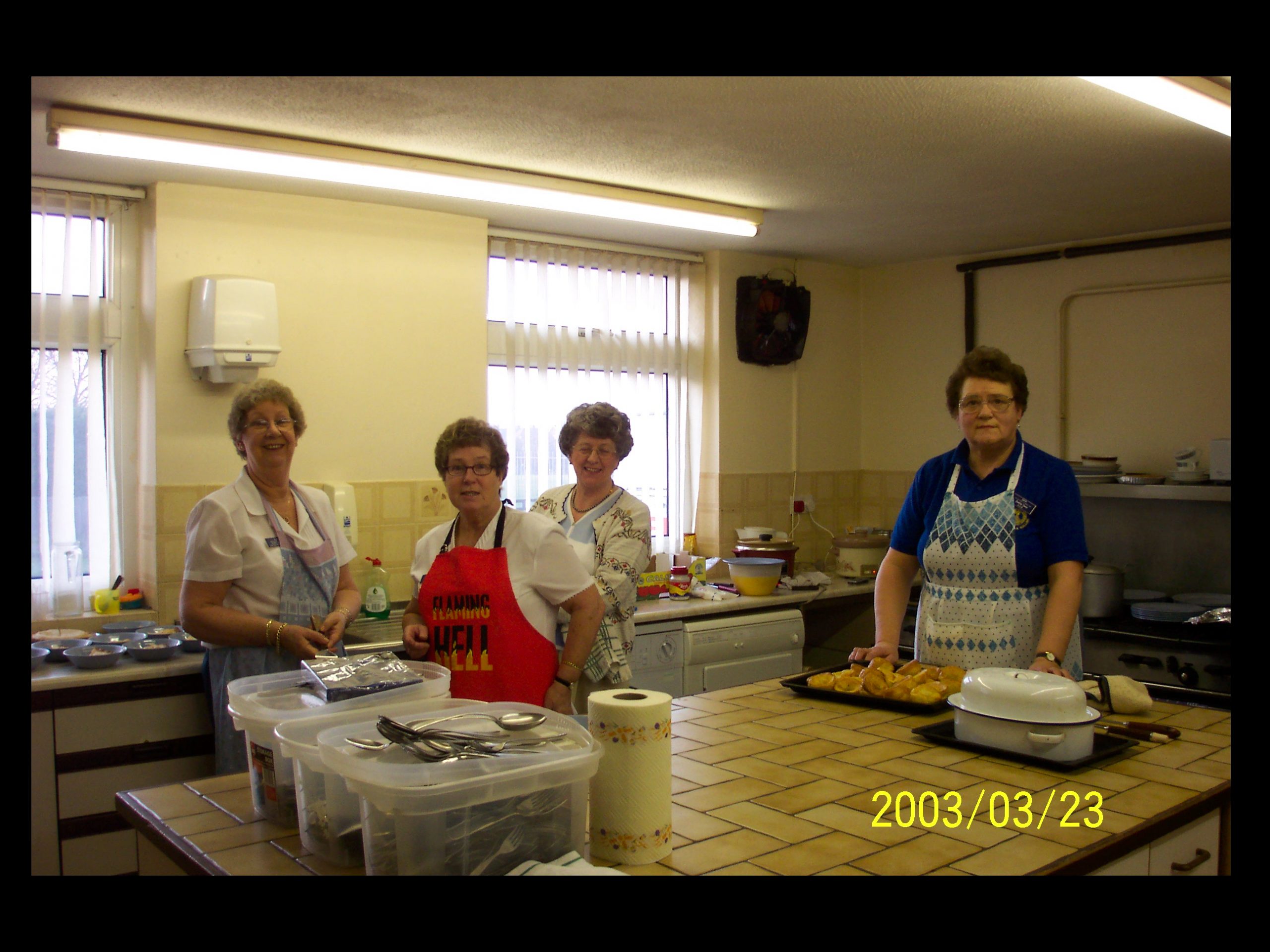 The concert, which took place on Thursday, March 3rd 2005, was held as in previous years, at the Ditton Community Centre (see Ditton Parish Council link below) and was performed for the second time by the Central Band of the Royal Air Force, once again conducted by the now familiar face of Sqn Ldr Duncan Stubbs who added fun and humour to the event.

An unexpected impromptu percussion performance was provided by the branch committee members who were given a variety of interesting `instruments` to play during one of the pieces, and in spite of the branch chairman, Ted Bates, popping up on stage at various times through the evening, much to everybody`s delight, he did not try to sing!! 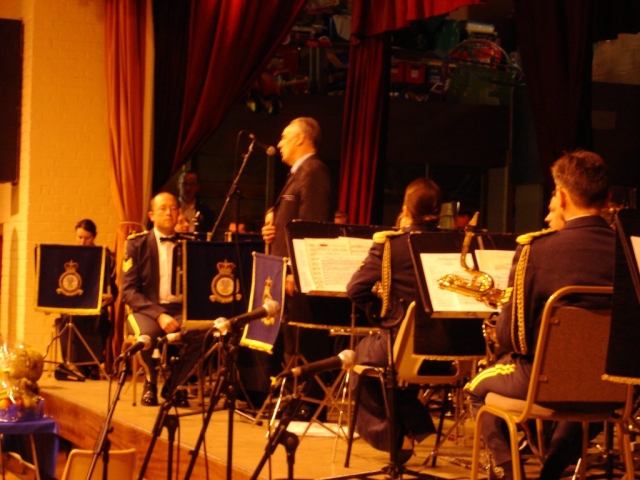 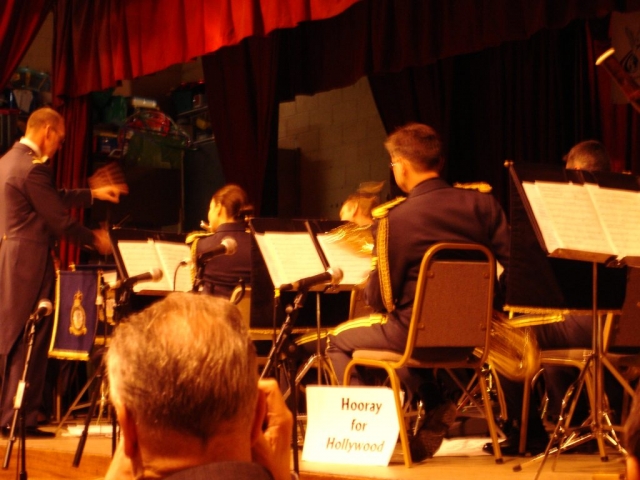 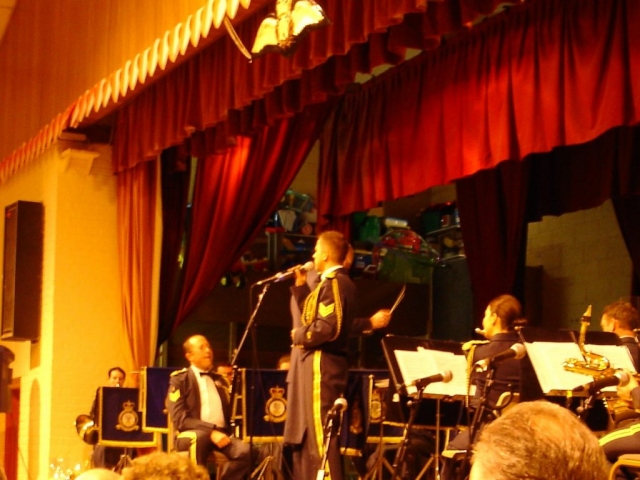 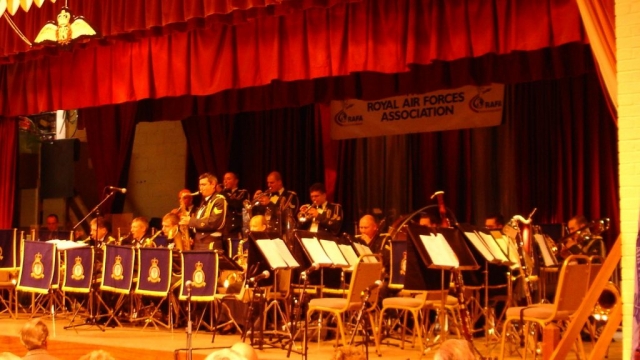 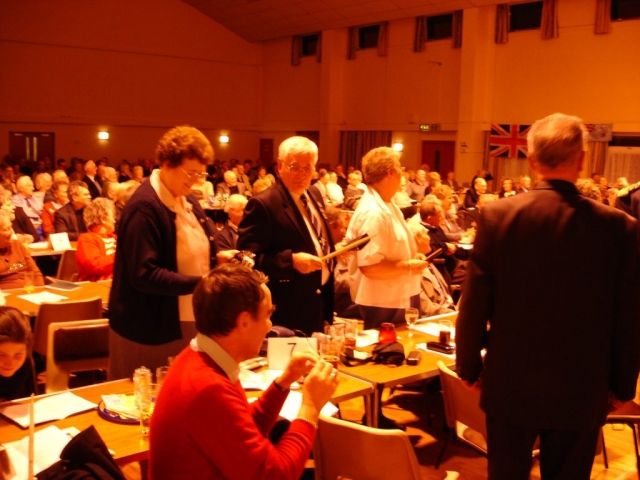 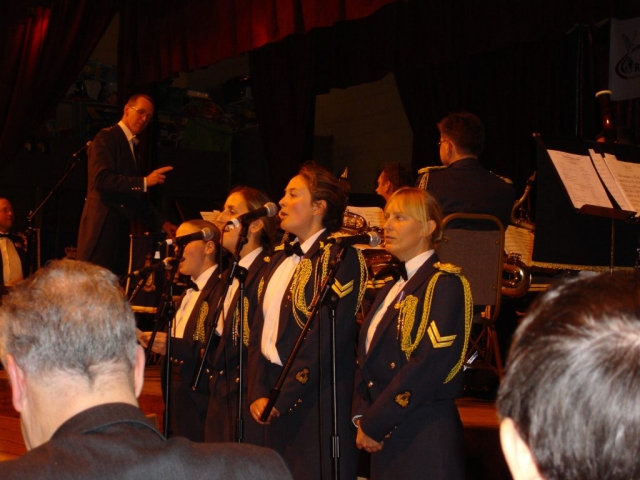 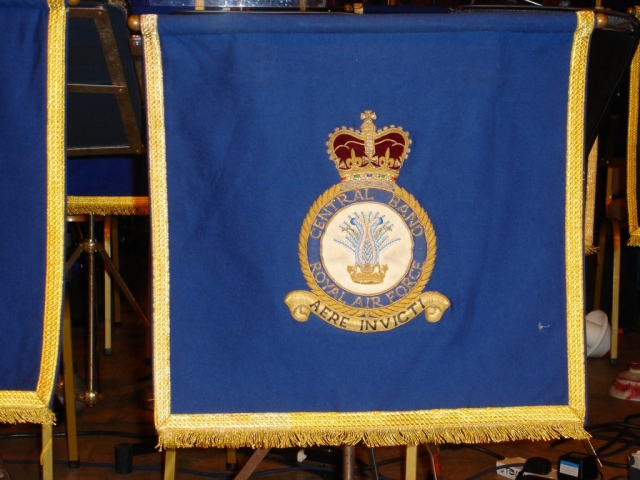 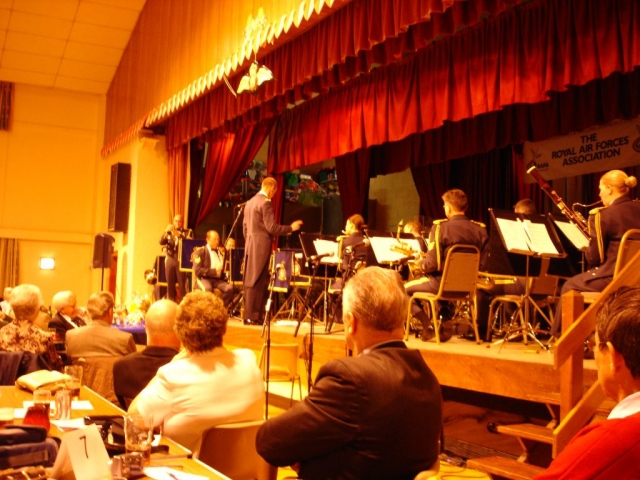 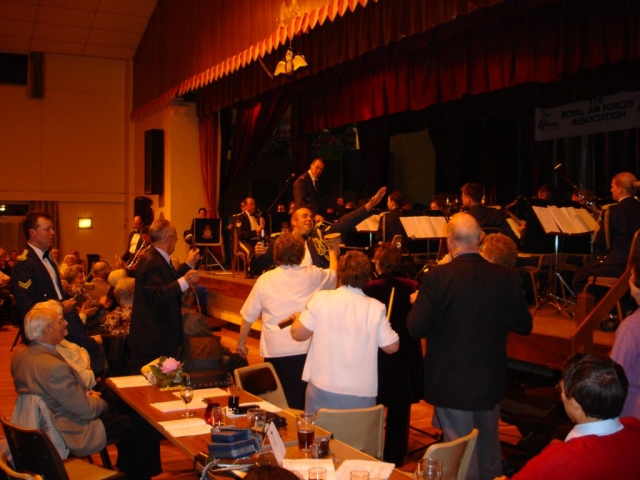 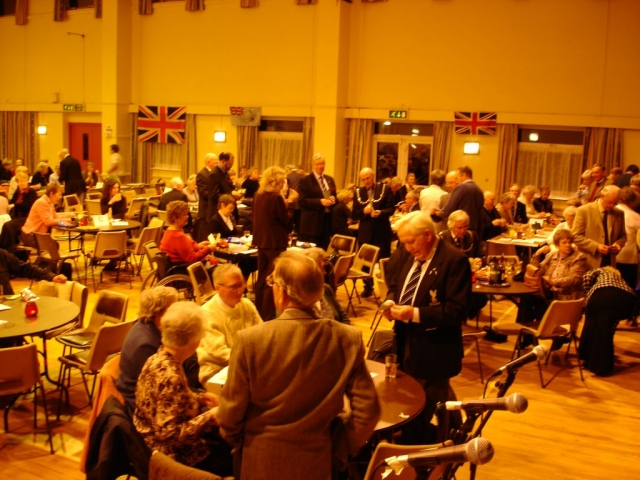 Our thanks go, as always, to all who attended and helped make the event so successful, and of course once again to members of 2374(Ditton)Sqn ATC, to Sqn Ldr Stubbs, and all the members of the Central Band of the Royal Air Force.